6 reasons to buy LG G4 instead of Samsung Galaxy S6!

Perhaps you agree with me that smartphones are the most devices you hear about every day, manufacturers of these phones are launching new phones for almost a month or half a month. There are large companies in the area of ​​the adapter that also advertise their phones every six months or a year. Thus, the large number of these phones may make the task of choosing the best difficult, but in this post, we will talk about Samsung Galaxy S6 and LG G4, and why you should buy the latter

It is impossible to look at the LG G4 and do not notice that it has a larger screen than its competitor. This phone comes with a 5.5-inch screen to display content and applications, accounting for about 7% more space than rival Samsung Galaxy S6
Battery

An important element in choosing a phone is battery power. This phone from LG is characterized by a powerful and removable battery, its capacity is 3000 mAh compared to 2550 mAh for Samsung Galaxy S6 (in addition to non-removable)
Natural design

Due to its slightly curved structure, the LG G4’s design is considered more natural than it has appeared that its competitor’s design may represent. In addition, the back design is of genuine leather, not a deceptive leather effect.
In addition to the distinctive design, we can not forget the set of actual buttons on the LG G4. It is placed on the back of the device and can be used more naturally than other devices that use side buttons which are hard to reach most of the time

One of the new and innovative features of this phone is LG’s “Knock Code” security feature, which allows you to unlock your phone by pressing four different places on the screen to unlock your smartphone. You can also lock your phone through this feature without any additional buttons
External storage 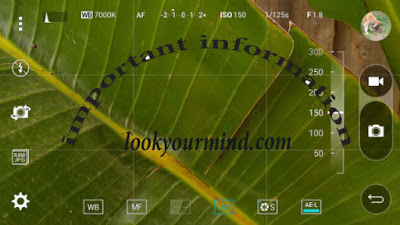 Another feature of the LG G4 is in terms of external storage capacity, which is not present in the Samsung Galaxy S6. With the support of a micro SD memory card, you can increase the space in your phone, to store what you want from your data
High quality of the camera
Finally, the G4 also has a high-quality camera for taking high-resolution photos with your smartphone. The Galaxy S6’s camera is not bad and is distinctive as well, but the positive point in the G4 is its superiority in dark and dark environments